Do YOu Desire to Truly Help Others?

Advanced Therapy Institute of Touch has one of the most comprehensive programs in the United States where you can learn to be an Advanced Reflexologist, Somatic Trauma Practitioner, Rehabilitative Bodywork & Wellness Practitioner in the budding field of Complimentary Health Care.  Begin your career today by attending ATIT which has one of the most cutting edge curriculums of study.  Enroll in our medically based massage school & advanced bodywork certifications today and gain knowledge from instructors with 25+ years of experience practicing and instruction:  offering one of a kind techniques no other school teaches.  Imagine combining your intuitive mind with the science and skill behind it to impact people profoundly.  That is what you'll receive and be able to accomplish with an education at ATIT.

dON'T kNOW wHERE tO sTART tO rEALIZE yOUR dREAM?

SCHEDULE A PERSONAL CONVERSATION With Our Founder, Kim Green.
SHE hAS aSSISTED 1000'S IN rEALIZING tHEIR lIFE'S pURPOSE!

RSVP ON HER CALENDAR TO SET UP YOUR PERSONAL CHAT TODAY.

uSE tHE gIFTS oNLY yOU hAVE - bECOME cERTIFIED!

yOUR fUTURE iS nOW! 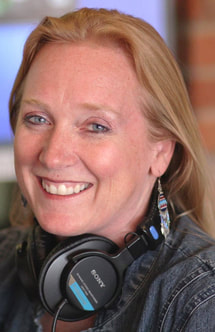 Never before have we had such incredible opportunities for advancement in the healing arts.  Imagine learning a career that will truly speak to you as well as help thousands along the way.  Learning Somatic Trauma Release (STR) & Integrative Meridian Therapy (IMT) through Advanced Therapy Institute of Touch will allow you to ride the wave of what is only now beginning. Since 1992 ATIT was growing, evolving and advancing bodywork one step at a time until we have arrived at where we are today.

We are seeing a new dawn of care, understanding and acceptance of what other cultures have known for centuries on how people actually heal from trauma, injury and life's little or big mishaps.  This wave of mainstream acceptance is just the beginning of where Complimentary and Alternative Medicine (CAM) will actually go in the very near future.

I invite you to have a fulfilling, exciting & completely satisfying career as a bodyworker just as I have for the past 25+ years.  As an instructor, practitioner  and leader of the healing arts movement in the United States and abroad, my life has been greatly blessed.

For over 25 years, I have explained to clients, students & peers about the impact that injury, emotional and physical trauma has on the body, body chemistry and how they are inseparable. I have also been blessed to help many people along the way with IMT & STR that were told they would never recover or thought they had no other options until they tried these two dynamic forms of therapy.

In those early twilight years of CAM, there were only a few of us that were moving alternative bodywork forward in our small communities and researching through case studies what it could do.  It was a very lonely time for many of us as we sought to advance these studies and techniques forward knowing they worked, but not having the technological advances to prove it.   In time, we did prove over and over again through case studies the efficacy and benefits of Complimentary and Alternative Medicine.  Now more than 80% of the United States seeks and utilizes some form of CAM on a yearly basis and the acceptance is growing.

My peers and I kept perservering in our beliefs, educating the public and overcoming misunderstandings to try and help our communities understand how healing these modalities were:  one person, one profession and one organization at a time.   We have come a long way.  Over the past several decades of educating people in the Pikes Peak Region, I have been blessed to work with the military, D.A.'s offices, victims advocates, police departments, state legislatures, doctors, other mainstream professions, nonprofits and organizations. In 1995, Franciscan Community Counseling saw the link between bodywork and emotional issues.  At that time, FCC's Executive Director and I started the first ever somatic trauma therapy program in the United States to provide Somatic Trauma Release and Integrative Meridian Therapy through their nonprofit.  Today that program is still going strong and is a great benefit to their clients and the Pikes Peak Region.  In 2017, I was chosen to speak at the National Convention of Crime Victims and First Responders.  In 2018, members on their board have asked for additional training with a full day program to further educate their professionals on the importance of somato-emotional bodywork in trauma & injury rehabilitation.  These organizations see the value and the validity of Advanced Bodywork and utilize Integrative Meridian Therapy & Somatic Trauma Release.

Over the years, I have stated that intuition is scientifically based and have taught it as such sharing my theories.  Even MIT is beginning to see the validity of how intuition really works from a physiological perspective.  MIT has taken years of theory and put it to scientific measures that I have taught about for decades.  Since I first started, I have explained to clients and students that our bodies are like radio transceivers & transmitters and that we send off a low level megahertz frequency which is a form of natural human communication that is present even though we might not see it, hear it or know about it.  Through experiments in the past few years, MIT has scientifically proven that our brains do transmit between 2-5 megahertz and it is transmitted without verbalization.  Soon, I'm hoping they will be able to research the other end of that communication relationship and see that our central nervous system can also receive these megahertz waves just as a radio receives low frequency sound through a car radio.  Thus proving that intuition is scientifically based on wave patterns.

Our theories and beliefs are being validated over and over again with new advances in our actual ability to do research surrounding molecular science, physics and epigenetic studies.  I can't wait to see what happens next!   MIT & Universities across the globe are only now beginning to understand what alernative bodyworkers have been expressing for years based on old scripts, texts and personal understanding of the body.  The future really is now and it's only the beginning of something incredible to come.

I invite you to become one of our graduates at ATIT.  As a practitioner, you will help impact the world.  One person at a time.  Let it start with you.

What Do You Get?
​Our One Of A Kind Curriculum Was The First In THe Nation

About Advanced Therapy Institute of Touch:  ATIT has brought in leaders from all over the world to teach over the years.  Kim has practiced and studied both professionally & independently with the internal/healing arts of Judo/Shiatsu, Structural Release, Chinese Acupressure, Reiki and Meridian Based Bodywork. She has decades of study in structure, cranial, lymphatics, Chapmans, fascia, TBI, disease, repetitive syndromes, somatic bodywork, trauma, PTSD, assault, rape and addiction.  Through a diversity of trainings and learning from a traditional Judo Master her interest was peaked about eastern practices.  Kim began researching ancient bodywork scripts from the orient at the same time she was learning hands-on from her teachers, thus resulting in her own two unique approaches.  Integrative Meridian Therapy and Somatic Trauma Release are a result of a lifetime of research, reading, training, facilitation and practice.  ATIT is a state licensed occupational trade school and specializes in Integrative Meridian Therapy and Somatic Trauma Release Certification. Additionally, we offer continuing education credits and shorter certification programs in a multitude of different areas of study.

Integrative Meridian Therapy (IMT) is a form of bodywork that seeks to balance the human body as a whole organism rather than working with independent systems within the body in a compartmentalized way.  For decades students have been limited to individual certifications that compartmentalizes the body.  IMT changes this dynamic and combines multiple systems to treat the whole person. IMT utilizes specific compression, traction, and touch techniques to facilitate release and integration in the bodies foundational systems.  IMT uses postural balancing, myoskeletal stabilization, lymphatics, fascial connective tissue, the endocrine system, the central nervous system, reflex arcs, muscles, ligaments, tendons, meridians, the energetic system and the deeper emotional base of hidden core patterns in a very specific  and unique form. By balancing the human body through specific intentional catalysts which engages the whole organism rather than independent systems within the body, IMT encourages comprehensive relief through relaxation, acute/chronic injury rehabilitation, somatic integration, relief from pain, PTSD recovery, emotional balance and overall body awareness.  Integrative Meridian Therapy (IMT) utilizes multiple systems of thought in its form by combining the Japanese meridian system, Chinese acupressure system, Chapman's Neurolymphatic Reflex Points, postural balancing, myoskeletal stabilization and individualized release techniques for the lymph, fascia and connective tissue systems.  Because of its traditional emphasis on the meridian systems, IMT also attempts to balance  the emotional centers of the body affecting the conscious and subconscious mind.

​Somatic Trauma Release (STR) is an innovative form of bodywork that seeks to balance the mind, body & spirit by unraveling core fight or flight responses from PTSD, trauma, assault, rape & addiction through acupressure, touch & somatic trigger exposure which helps bring peace from suffering. STR is a cutting edge therapy that works with the human condition on many conscious and subconscious levels.  STR combines understanding of the physiological aspects of trauma with the somatic release of trauma from the body.  Patterning, triggering and guarding from trauma can cause many physiological and psychological problems that present themselves within the body.  STR can be an avenue for people to start living in the present by releasing past patterning and somatic triggers from the body.  STR's goal is to allow recipients to start living up to their full potential instead of being limited by body patterning, triggers, childhood neglect, trauma, addictive behaviors and muscle memory.  STR attempts to facilitate people in creating a joyful life by releasing sorrow, grief, physiological patterning, automatic physical responses and emotional triggers.

a pIONEER iN cOLORADO

Because of Kim's fiery drive, compassionate nature and concern for the welfare of all people, she forever helped change the fabric of Colorado Alternative Medicine practices making it legal in 2013 after almost a century of CAM being banned.  After her daughters life threatening accident In 2001, with the help of a few committed leaders, she launched a statewide organization called Colorado Citizens for Health Freedom which campaigned to make Alternative Health Practices legal in Colorado under the Health Freedom Act of 2013.  Emergency medicine kept her daughter alive, but it could not bring her back to health.  It was with the help of a few brave and noble women that her daughter regained her health. They understood homeopathy, Native American & Chinese herbalism, nutrition and other CAM practices that were illegal prior to 2013. These women risked the threat of incarceration to help her daughter which prompted her to work towards changing an unjust law.  She wanted to help these women practice legally in the state of Colorado so they could help other families in the same dire need without fear of punishment.   Even though Kim could legally practice under her credentials she strongly believed that alternative medicine should be available to everyone without exception and without restriction.  The original legislation she helped write and pass will have far reaching and positive impacts for all Colorado citizens for decades to come. Because of this original policy change, yoga and all forms of alternative heath are now legal and using this same precedent setting exemption clause to move their industries forward.  Just because the law passed doesn't mean that it's over.  Colorado Citizens For Health Freedom is still active today and trying to keep your choice to holistic health care alive.  It is a constant battle.  Please sign up HERE for updates.